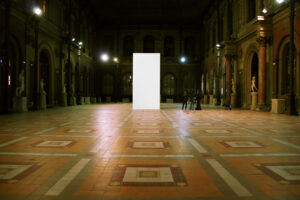 A 6m high tower in the center of the glazed courtyard of the Beaux-Arts de Paris. The entrance to this tower is low, so you have to bend down to enter. Inside, a pedestal over 2m stands in the center of the room and from its top is projected a video that illuminates the ceiling: the animation of a colorful pattern that resembles cell division. 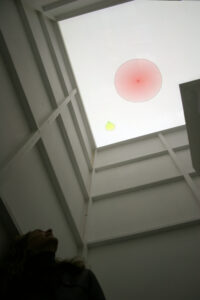 Inspired by Aristotle who placed man in nature and considered the soul an integral part of the body, this diagram represents the relationships of influence and power in a society whose groups are abstract and colorful forms. Formally inspired by cell division, the relationships of influence in society (mind) are thus placed in parallel with the active process on a microscopic scale (body).

In this animation, the cells influence, exclude and dominate each other and their colors thus “contaminate” the others.

Echoing the societal balance of power described in the animation, this architecture dominates the visitor like a sacred building.

Installation in situ, this monolith questions the demonstrative and potentially intimidating magnificence of the glazed courtyard of the palace of studies at the School of Fine Arts in Paris.

In this ironic power play, the visitor is forced to bend down to enter the architecture, finds himself facing a stele larger than him and must raise his eyes to observe the synthetic and theoretical mirror of the human situation.

WATCH THE VIDEO – projected inside on the ceiling of the installation 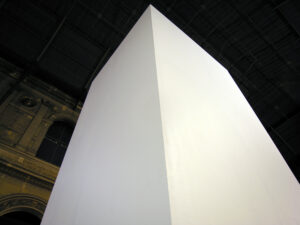 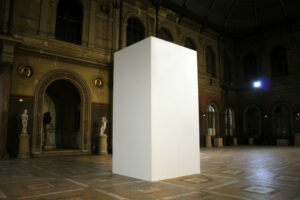 STILL IMAGES OF THE PROJECTED ANIMATION 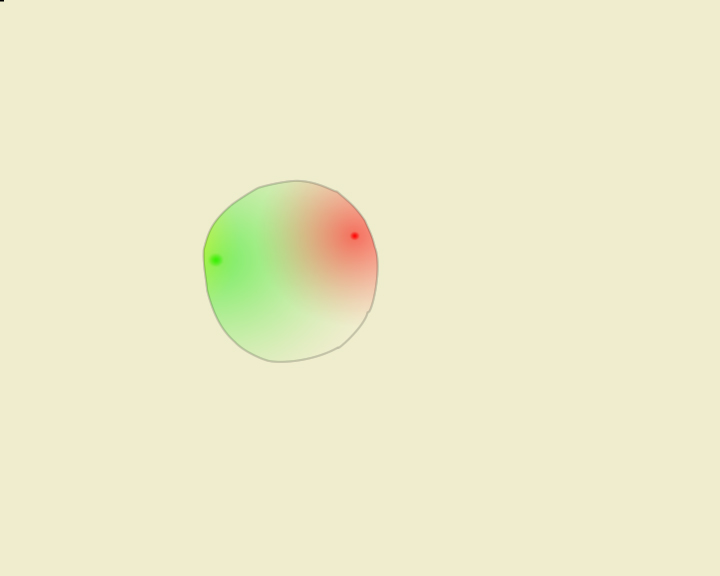 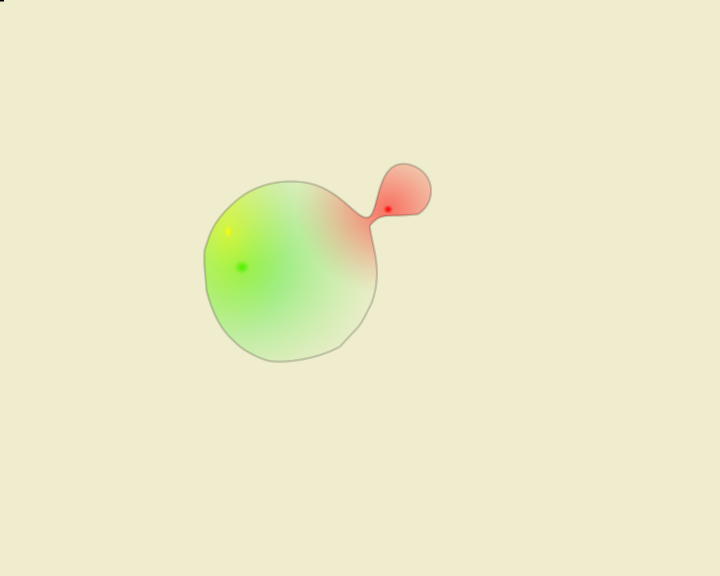 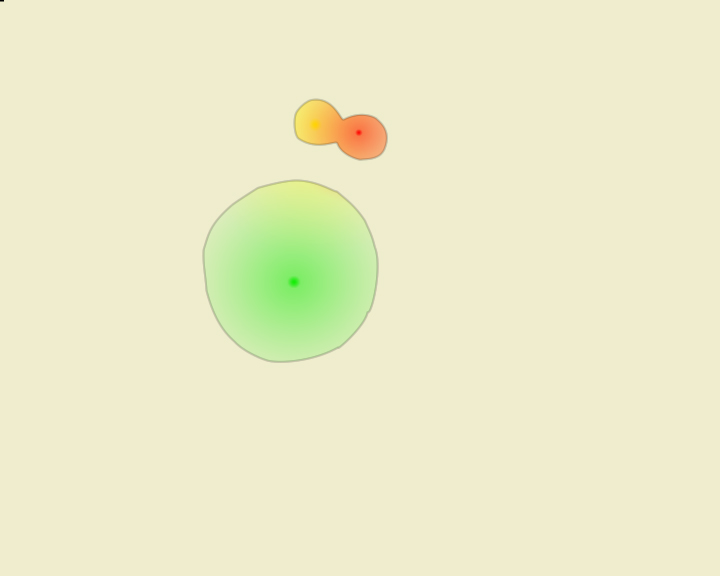 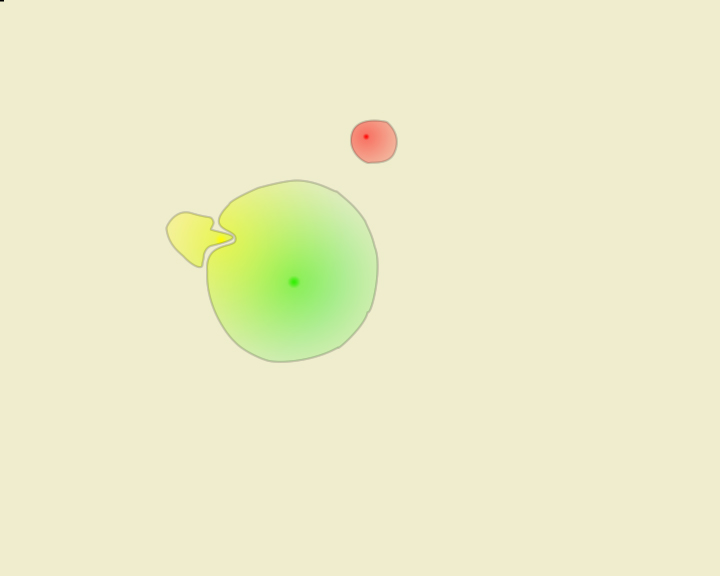 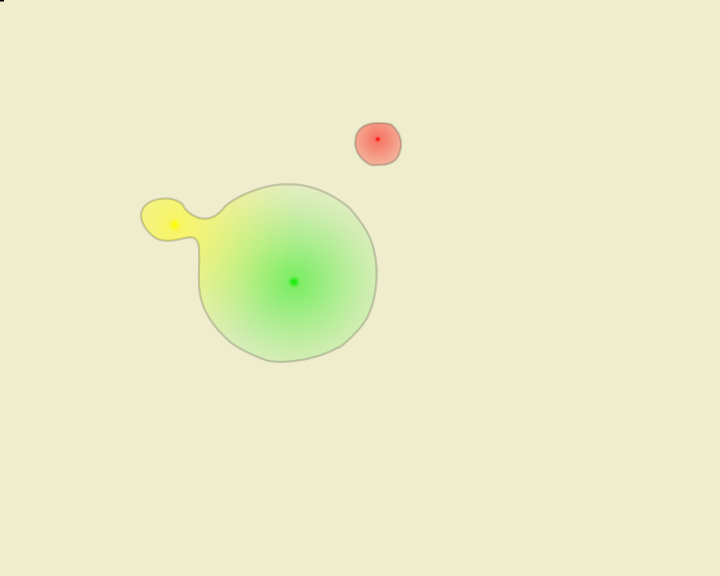 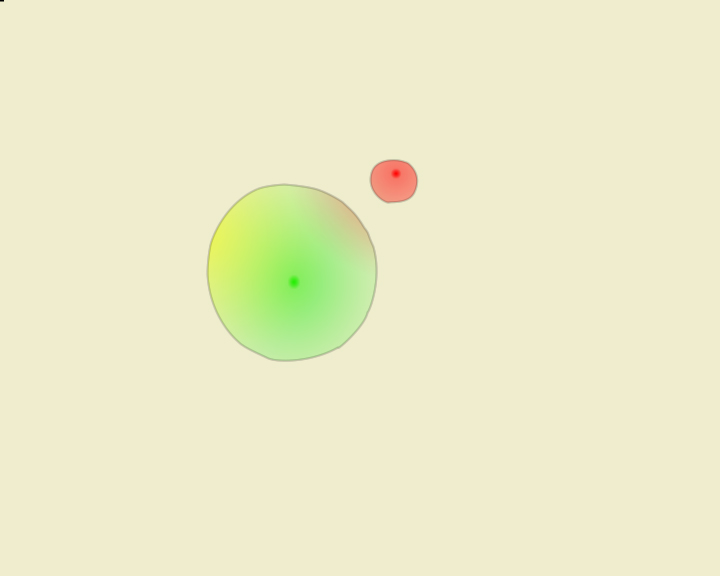 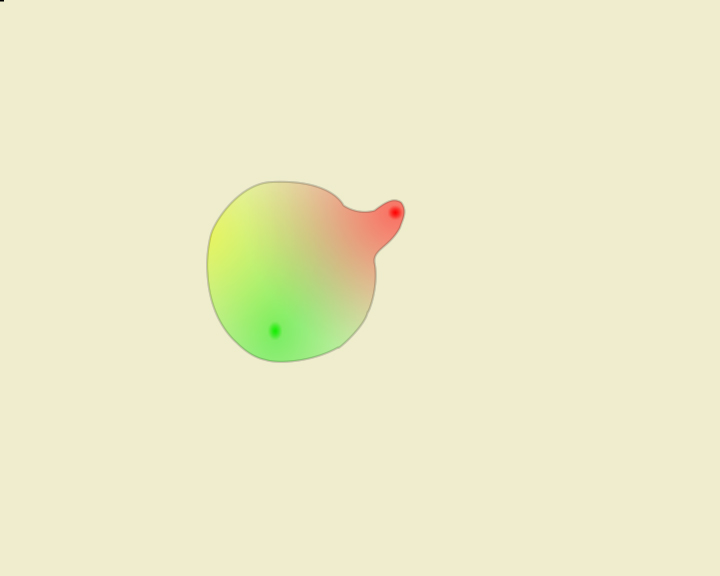 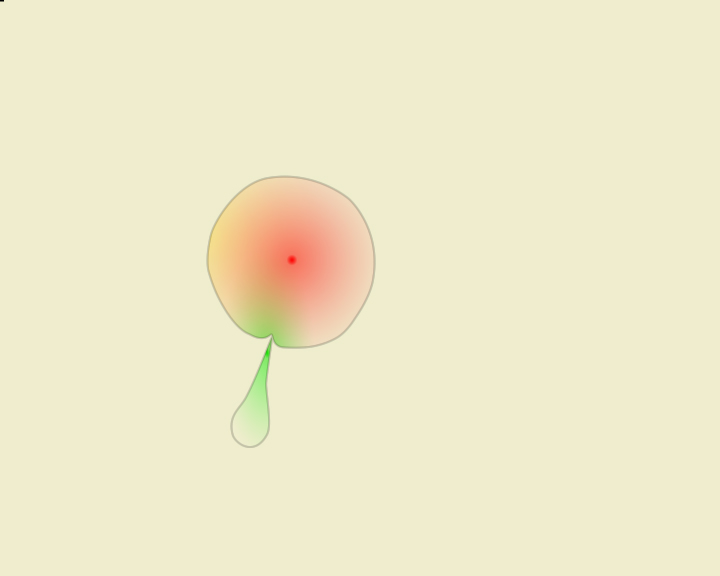 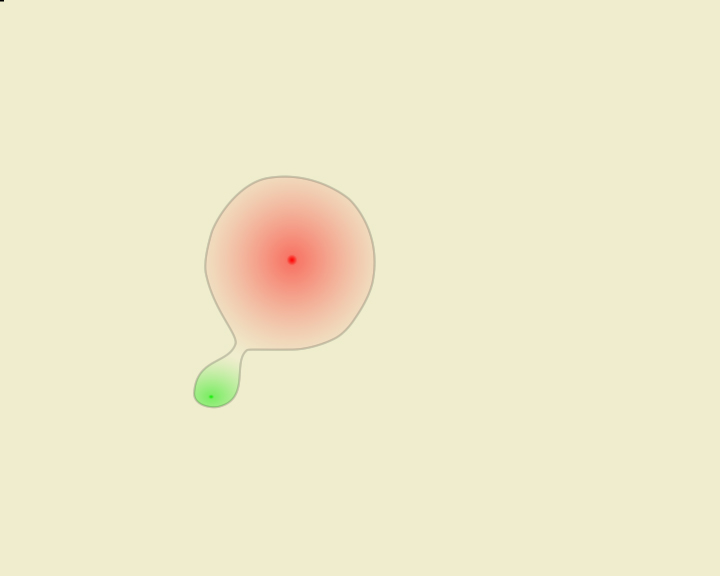 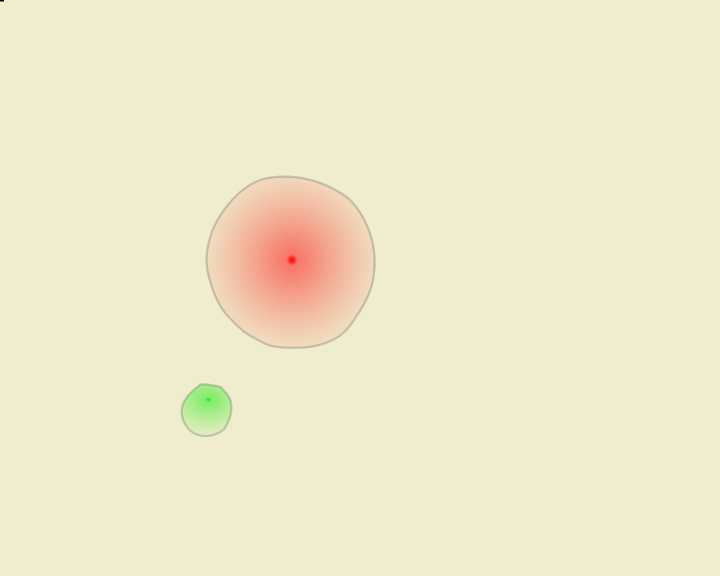 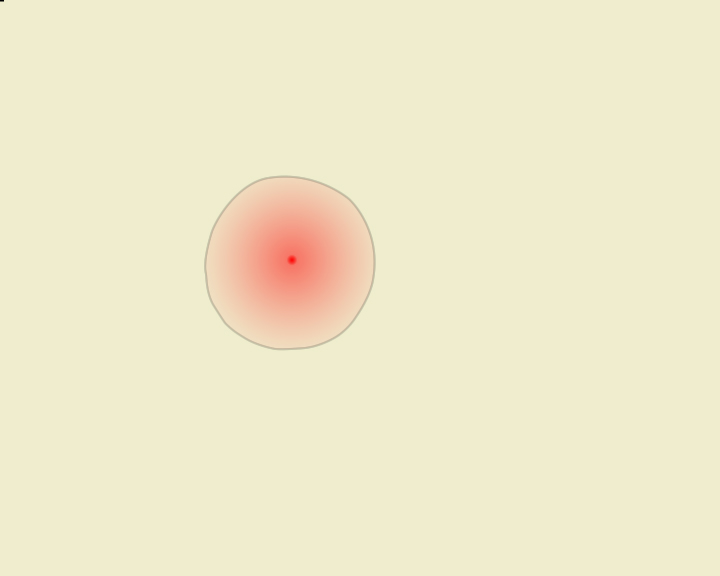