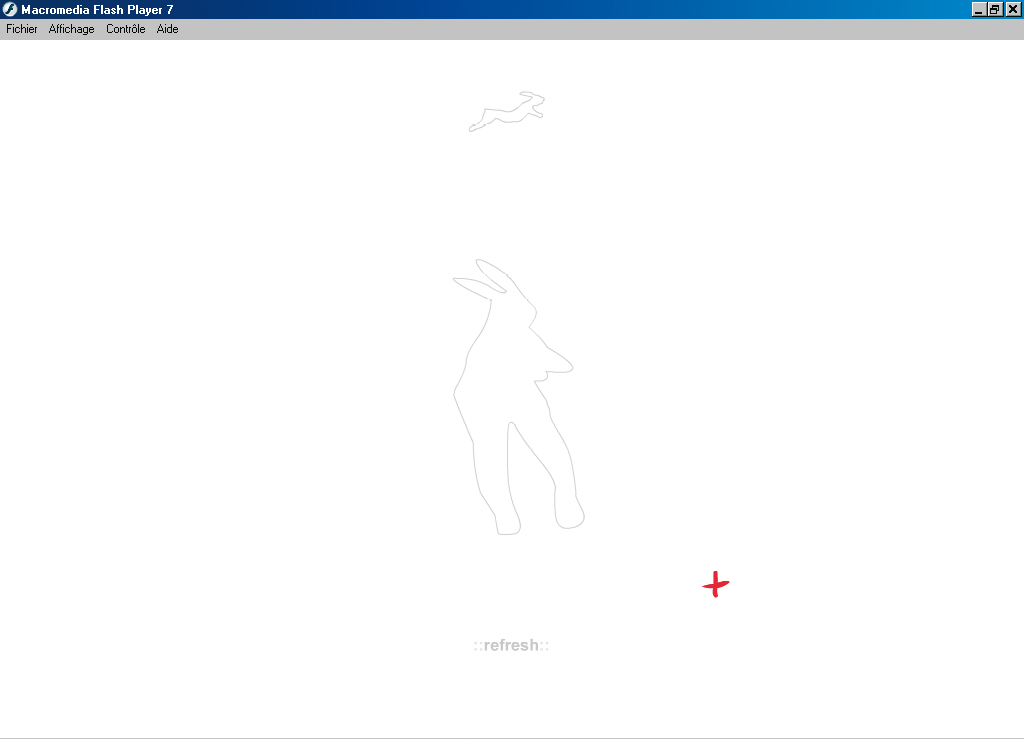 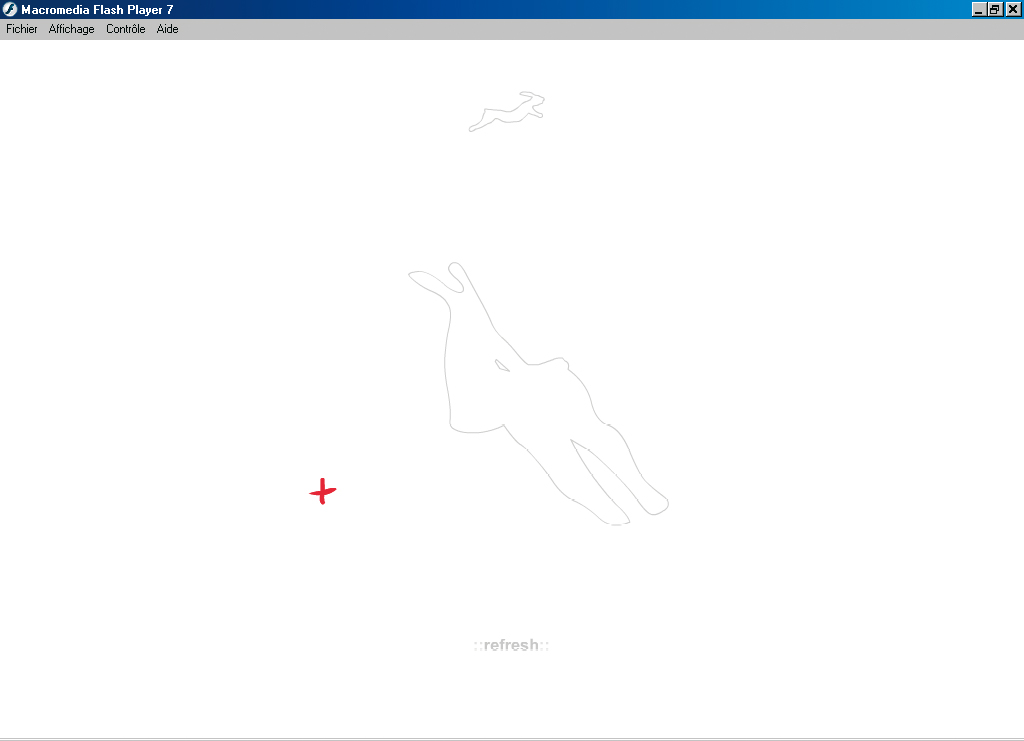 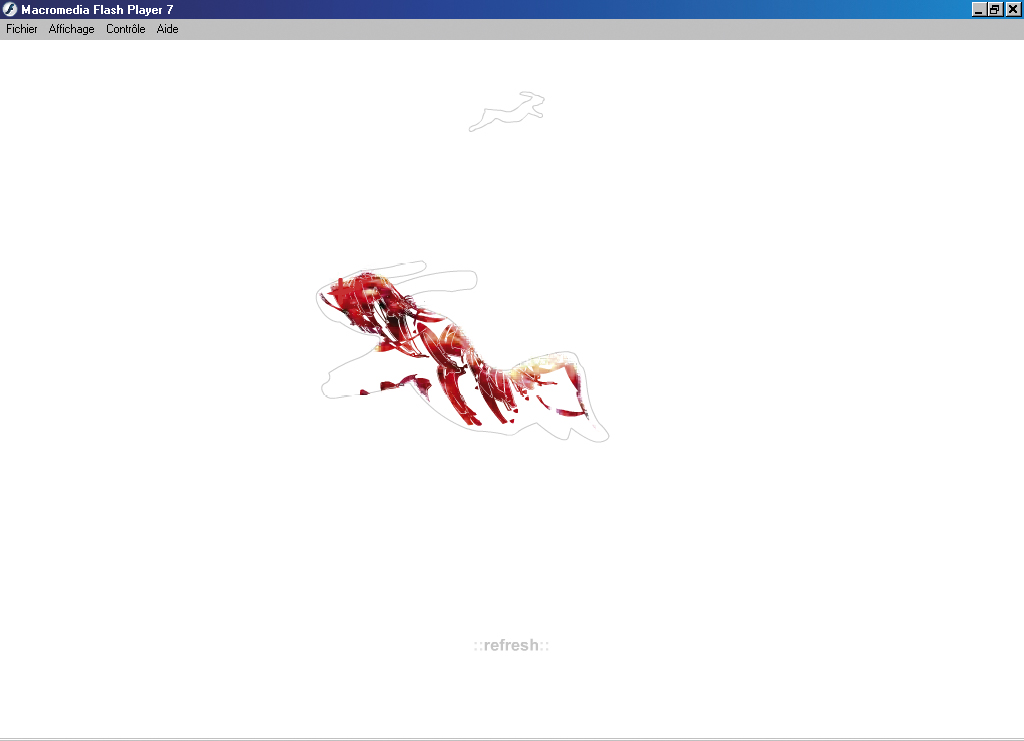 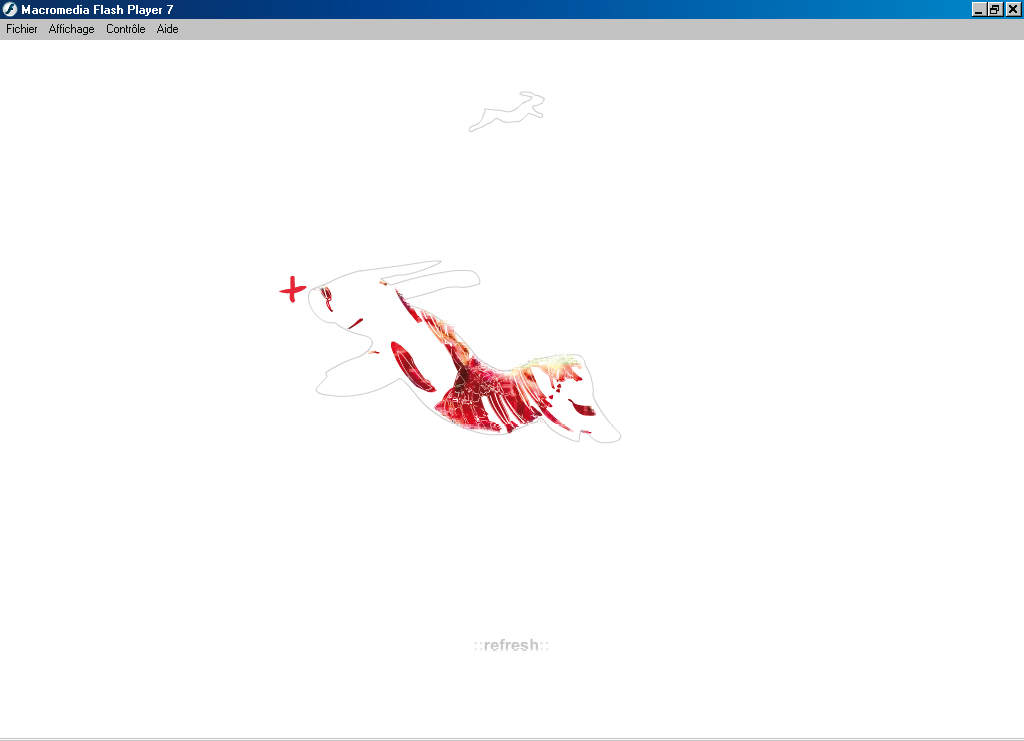 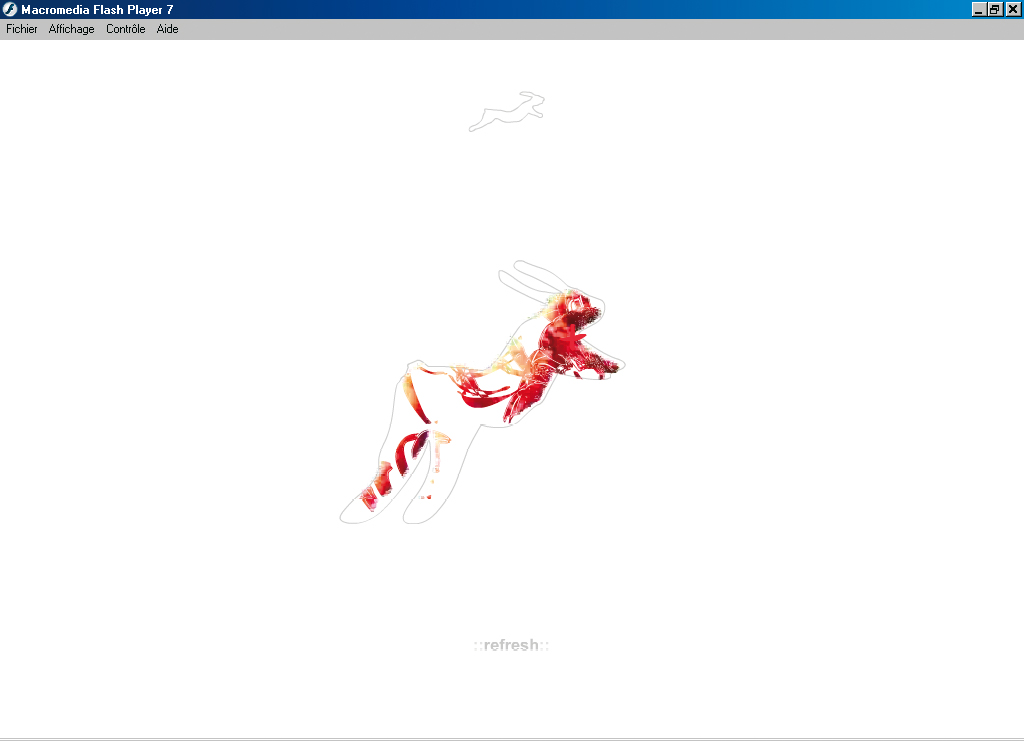 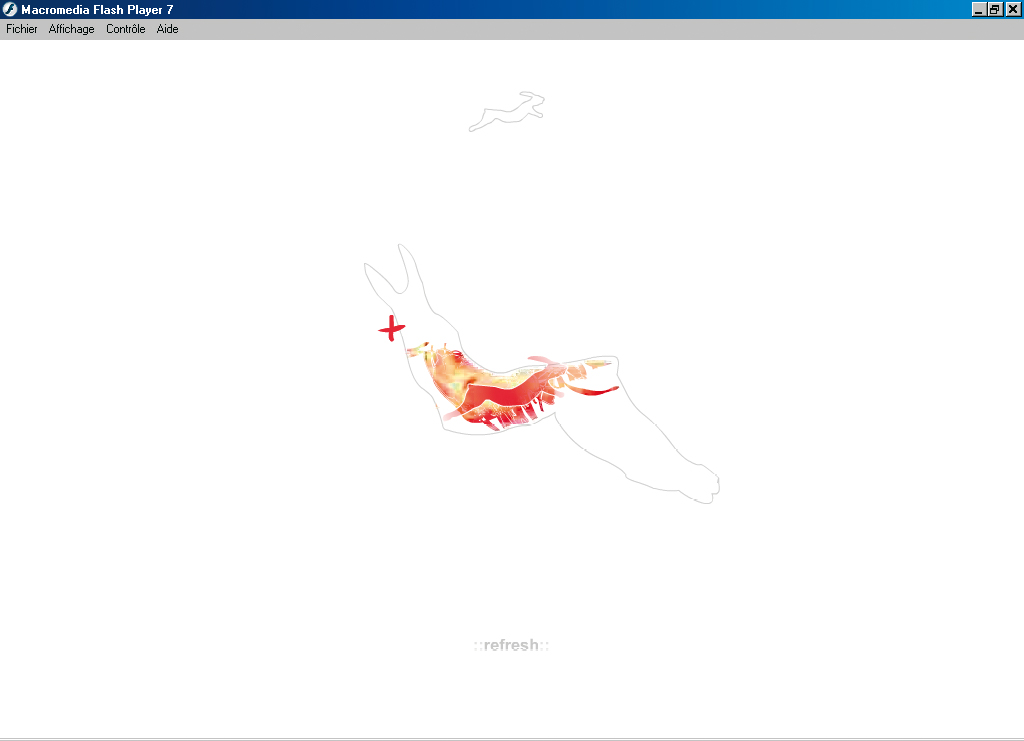 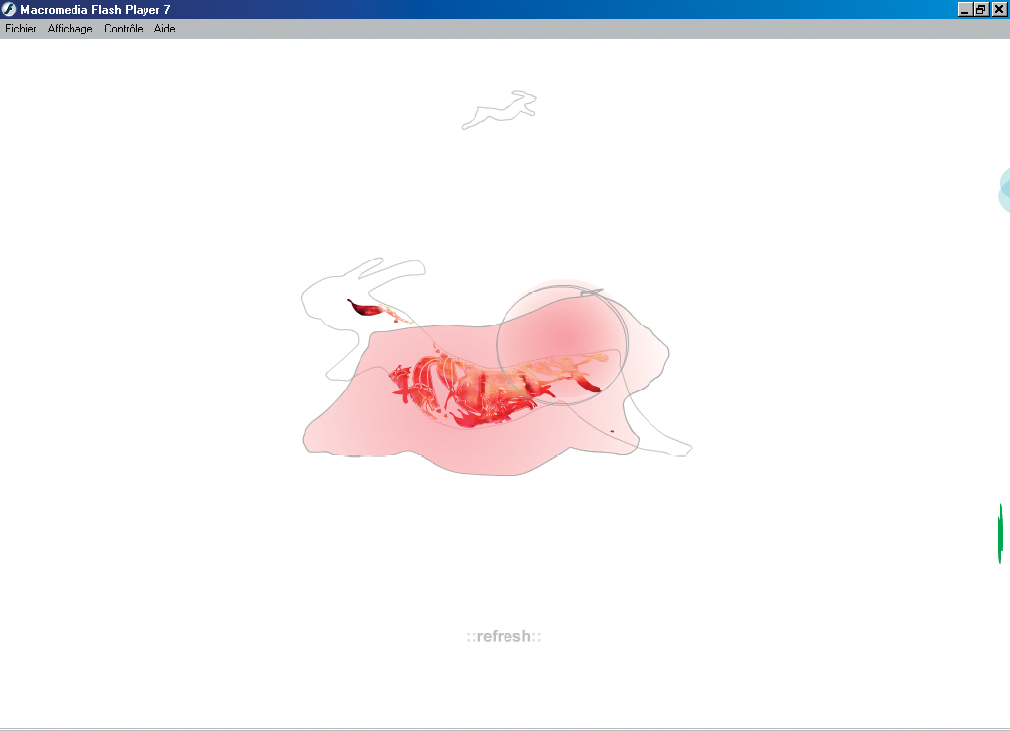 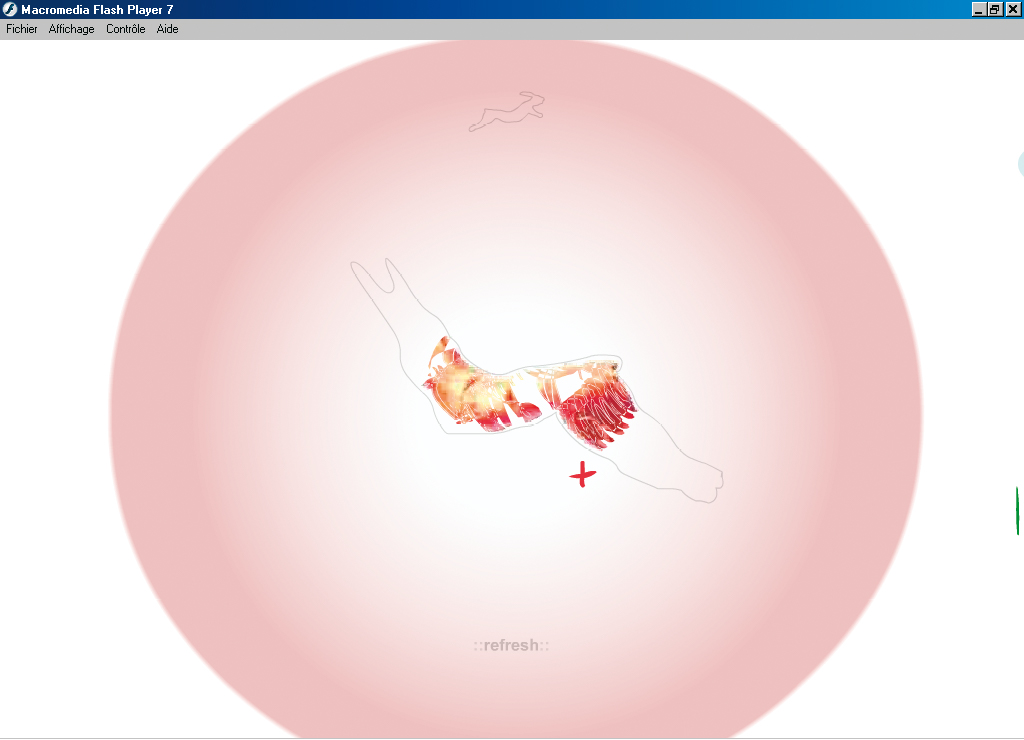 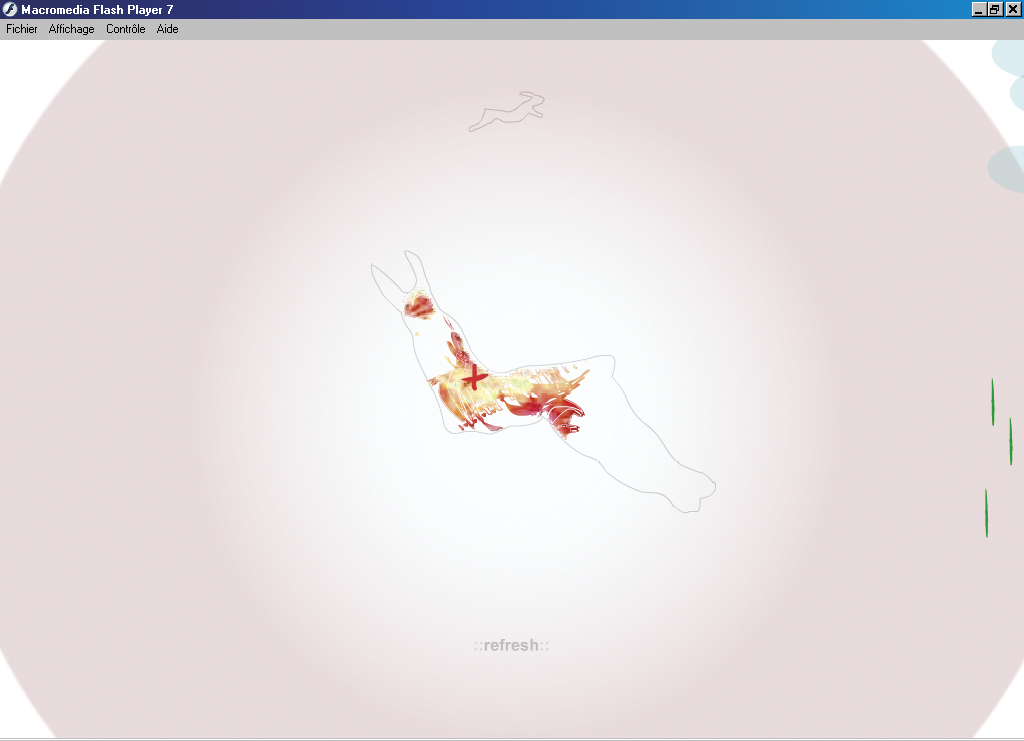 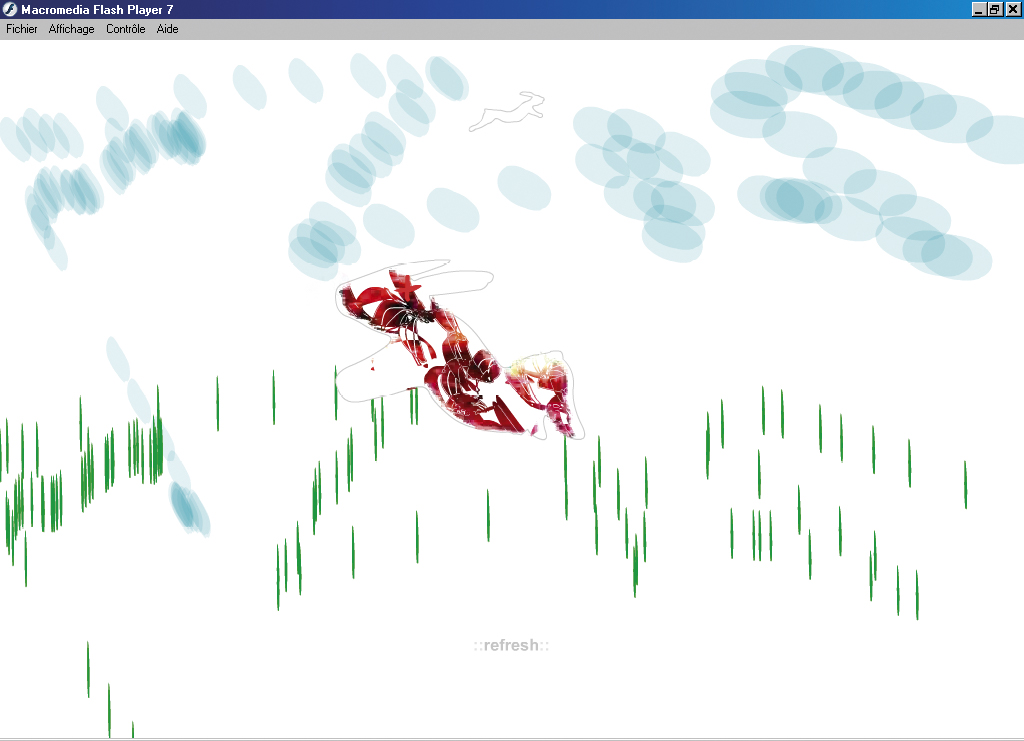 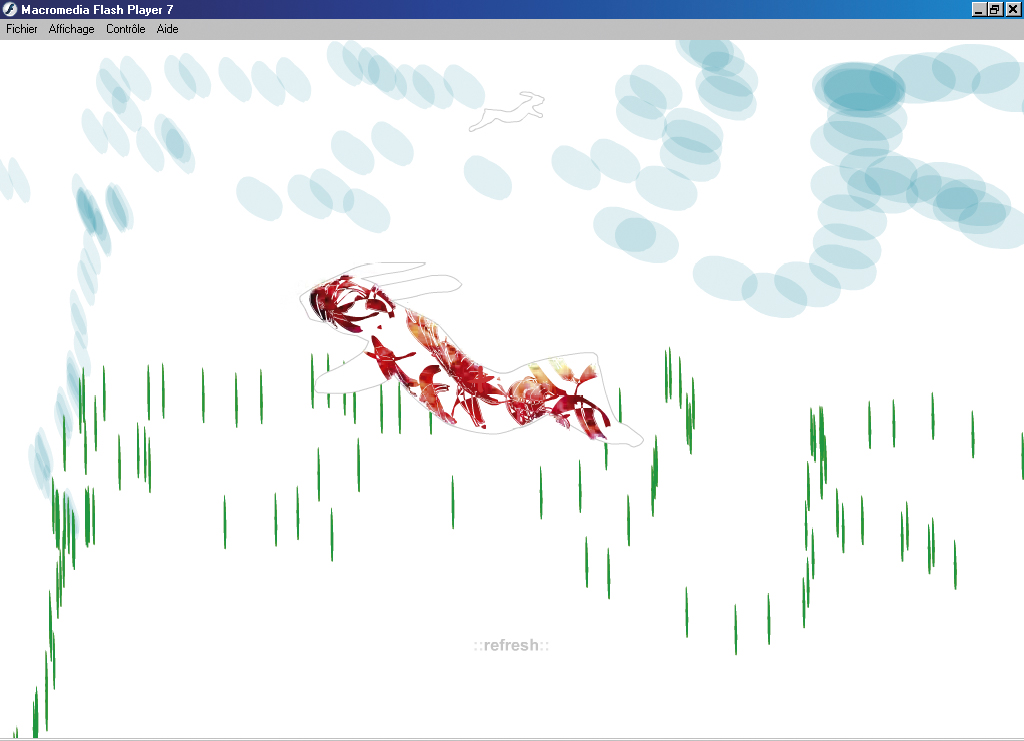 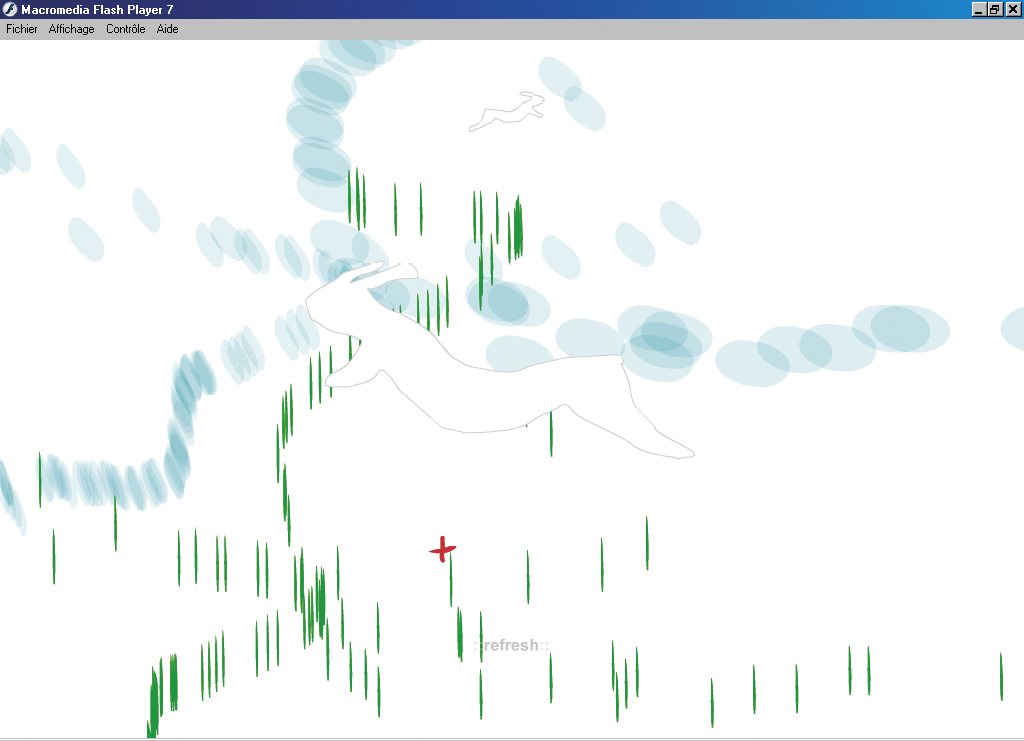 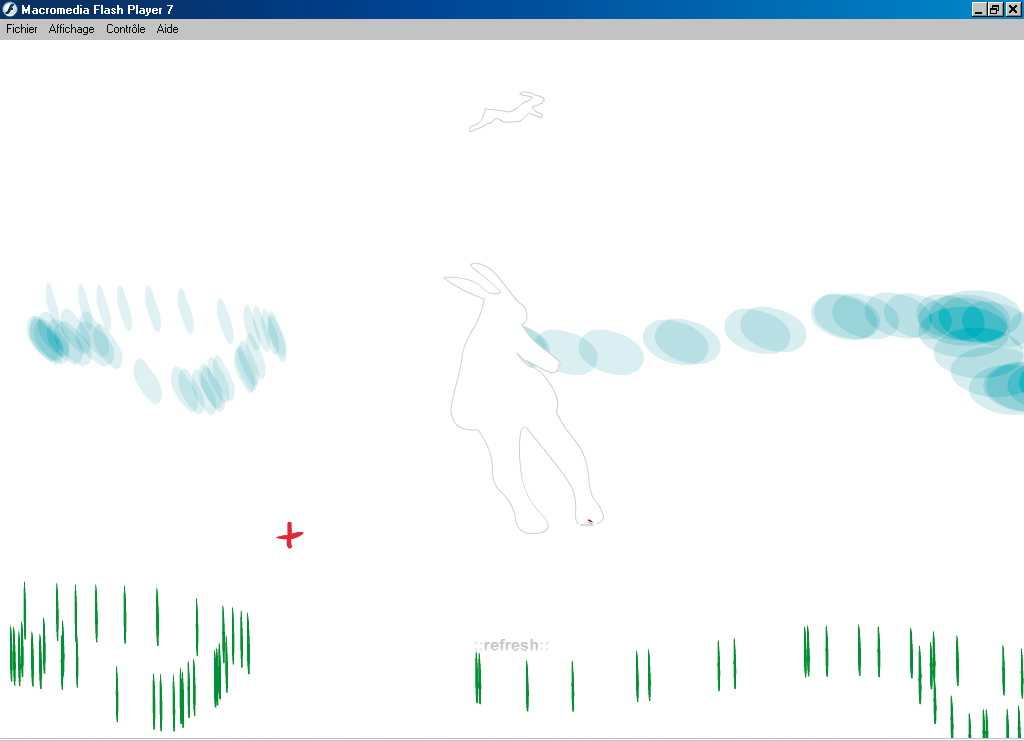 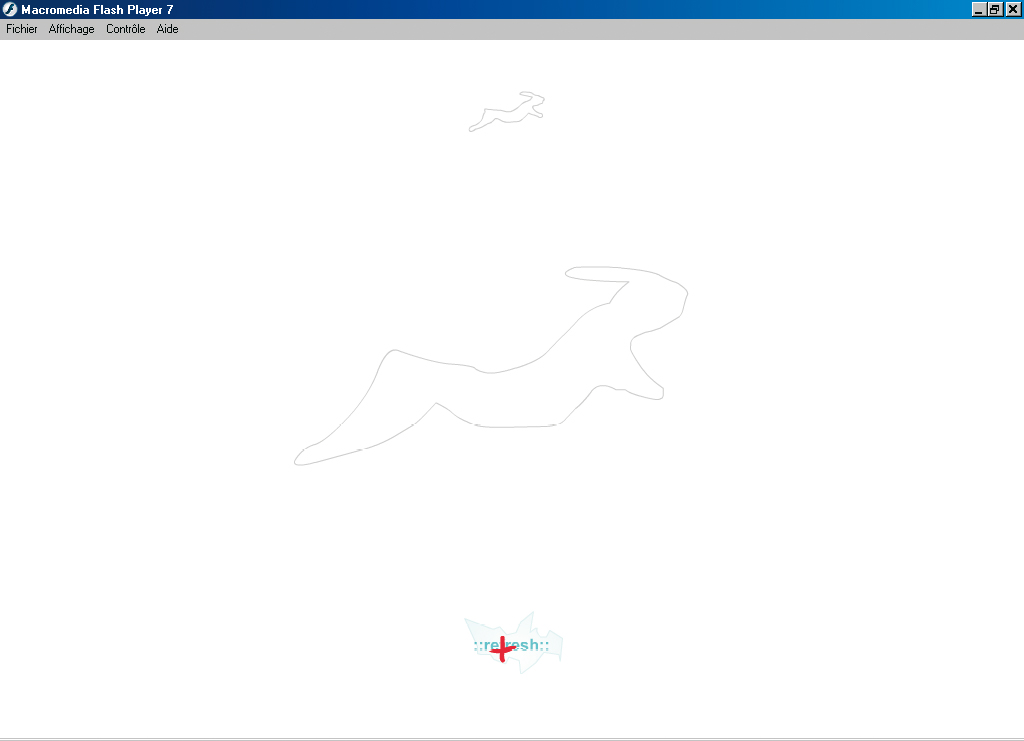 A hare is frozen in its movement.
Its body turns on itself. Its graphic representation, in vector drawing, is very refined and artificial, all on the surface.

Passing the cursor over the figure, its synthetic layer disappears to reveal the skinned body of the animal, filmed, which continues its rotation instead of the drawing.

From the moment the animal is butchered, the environment in which it was slaughtered is displayed around it, in vector drawing.